Mallory joined our staff in May 2007. She has been in the Veterinary field since 1999.

Mallory has a beautiful daughter at home. In her spare time, she enjoys spending time with her family and friends.

Dani is from Sylvania, Ohio, but she has lived in Florida since 2015. She’s worked in the veterinary field since 2011 and joined Lake Emma Animal Hospital in August of 2016. Dani completed her Associates of Applied Science from Stautzenberger. She enjoys spending her free time with her husband and dogs – Thor and Thunder, as well as being outside in the Florida sun.

Rachelle was born in Phoenix but spent most of her early years in Texas. She relocated to Florida in 1989 and in 2002, she pursued a job in the veterinary field as a way “to pay the bill.” She soon fell in love with the field and has since worked her way all the way up to being one of our most experienced technicians. In her spare time, this mom of 3 likes to relax, paint, bake and do crafts with her kids (and we especially look forward to her cookies). She also shares her home with 3 dogs, 1 cat, 1 lizard, and 1 boyfriend.

Laura joined our team in May 2017. Bio coming soon…

Megan was born in Dallas, Texas but raised in Atlanta, GA. She has a Bachelors in Veterinary Technology from Murray State University. Megan’s love for animals and interest in animal care began when she convinced her parents to allow her to finally have pets as a kid. She grew up with 2 cats and currently lives with one shelter rescue, Sadie the dog. In her free time, she likes to go shopping, lounge on the beach, and go on adventures with her Jeep, Reggie.

Tonia is originally from Okeechobee, Florida and is currently pursuing her degree for Veterinary Nursing at Penn Foster. She loves spending time outdoors with her dogs hiking, going to the beach, and kayaking. She especially loves all the Pit Bulls that visit us here at LEAH. Tonia shares her home with 3 dogs (Boston, Elsa, and Phoebe), 1 cat (Chuckie), and 2 guinea pigs (Jimmy Jr. and Andy). She originally began her career in the kennel and has since worked her way up to the treatment team and is currently Fear Free Certified.

Paige is another true Floridian here at Lake Emma Animal Hospital, as she was born and raised in Orlando. She attended Olympia High School and graduated with a Bachelor’s in Health Sciences from UCF. Paige has always loved working with animals and began her career in the veterinary field as a Technician Assistant in 2012. She loves spending time outdoors fishing, hiking, and hanging out at the beach. She also enjoys running 5K’ s and half marathons, as well as spending time with family and friends. Paige shares her home with 2 dogs, Rodney and Leonidas.

Anna has lived in Orlando for most of her life, and joined the veterinary field in 2014 to pursue her passion to care for animals. She joined the LEAH team in 2018. In her free time, she enjoys relaxing with her boyfriend and their dog, Nellie.

Kat is a true Floridian and joined Lake Emma Animal Hospital in July of 2016. However, she has been involved in the veterinarian field since she was 15 years old and is knowledgeable in all departments of the hospital. In addition to all the animals here at LEAH, she also has a menagerie of pets at home including 3 chinchillas (Gizmo, Powder, and Sapphire) and 4 cats (Punkin, Smudge, Solo, and Momma). Kat is also an avid fan of our local soccer scene, as her favorite teams include the Orlando Pride, Orlando City, and of course, Manchester United.

Matt comes to Lake Emma Animal Hospital from Groton, MA. He completed his Bachelor’s of Science in Biology at Emmanuel College in Boston and hopes to get a Master’s in Zoology. Matt’s hobbies include enjoying Florida’s theme parks, rooting for New England sports teams, and reading. Matt has a twin brother and lives with his fiancé and their cat, Minerva.

Amber was born and raised in North Carolina. She relocated to Florida in the summer of 2017. She received an Associate’s of Arts from Pellissippi State Community College and is currently pursuing a Bachelors in Literature. She has 3 younger siblings that live in Tennessee with her mother, and in her spare time, Amber enjoys reading, writing, watching movies, and spending time with friends and family.

Ashley was born in Pennsylvania but has lived in Florida since 2007. She has been a part of Lake Emma Animal Hospital since January 2018.  In her spare time, she loves to draw, cook, and spend time with her dog, Bruno. Ashley previously studied accounting at Seminole State College, but now hopes to pursue a career as a veterinary nurse.

Kaylee hails from Maryland, but moved to Florida in her late childhood and has lived in the area ever since. She has been apart of Lake Emma Animal Hospital since July 2018. She is a nursing student at Seminole State College with a passion for wellness in herself and others. Whenever she isn’t working or studying, Kaylee loves to go to the gym, beach, or volunteer at pet rescues. She has five pets at home, including two dogs, one cat, and two sugar gliders.

Silvia was born in Nicaragua, and moved to the United States when she was nine. She has lived in Florida ever since and received her Bachelor’s Degree in Biology from the University of Florida. Silvia has been at LEAH since September 2018. She has one dog, Luna. Silvia enjoys hiking nature trails, spending time with her family, and redecorating her space. She has a passion for interior design, science, reading, and binge-watching shows.

Stephanie has a passion for animals both on land and at sea. She is currently pursuing an Associates’s degree in Veterinary Nursing but also has her Bachelor’s in Aquatic and Marine Biology. During her volunteer work at the Marine BiologyCenter, Stephanie worked with many marine animals, such as sharks, sea turtles, rays, and eels. In her free time, Stephanie loves to scuba dive, spend time at the beach, or simply enjoy a good book. She has one dog, a black lab named Sophie, who she likes to say was her first “daughter”. Stephanie joined the LEAH team in 2019 in order to continue her passion for helping animals.

Megan was born and raised in Deltona, Florida and completed her Bachelors of Health Science at Stetson University. Megan began volunteering in the veterinary field in 2014 and professionally joined the field in 2017. In her free time, she enjoys spending time with friends and family, riding horses, traveling, hanging out at the beach, going to Florida’s many theme parks, camping, and of course, Netflix. Megan shares her home with 2 dogs, a golden retriever, and a pit mix. 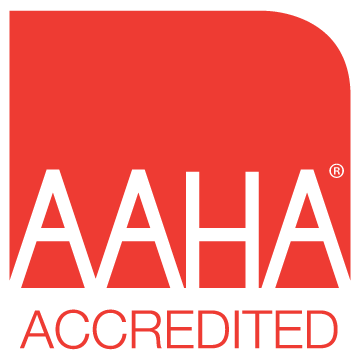